The American Cinematheque is proud to welcome celebrated Catalan auteur Albert Serra to our retrospective featuring some of the most exciting and singular films of the 21st century. Serra joins us to discuss six of his feature films, including his critically acclaimed new film, PACIFICTION, which premiered in the main competition at the 2022 Cannes Film Festival and topped Cahiers du Cinéma's top 10 films of the year list.

Albert Serra's radical and uncompromising cinematic style can be traced to his earliest works, which brought him an international reputation as a bold new auteur almost instantly. After founding his production company, Andergraun Films, with producing partner Montse Triola in 2001, Serra wrote and directed HONOR OF THE KNIGHTS (2006), a reimagining of one of the most famous works of literature, Don Quixote. Serra's interpretation of Quixote and Sancho's journey established a longstanding artistic interest in portraying both fictional and historical figures with a startling purity by utilizing non-actors, natural light, and long takes.

Serra's minimalistic aesthetic, commonly associated with the 'slow cinema' movement (shared with contemporaries such as Béla Tarr, Pedro Costa, Tsai Ming-liang, and Lav Diaz), is the result of a surprisingly complex approach to craft. An outspoken proponent of three-camera setups, Serra regularly accumulates large amounts of footage on set, allowing his films' hypnotic rhythms to be discovered largely by the editor (a role he has taken upon himself in his last five features). For his 2008 film BIRDSONG, Serra shot over 100 hours of footage, which he shaped into a dreamlike retelling of the wise men's journey in the Nativity story. As he often explains, having three cameras that film hours of footage allows him to capture key moments that are otherwise invisible to human perception in the moment.

In 2013, Serra won the prestigious Golden Leopard award for Best Film at the Locarno International Film Festival for STORY OF MY DEATH, a baroque reflection on pleasure and erotic desire dramatized from an imagined meeting between the ageing Casanova and Count Dracula. For the next two films, Serra would return to this Eighteenth Century setting, thoroughly investigating a period in Western civilization that for him appears both gorgeously romantic and harshly material. His acclaimed THE DEATH OF LOUIS XIV (2016), starring a fully committed Jean-Pierre Léaud, is a precise account of the final agonizing days of the titular ruler, who succumbs to gangrene while surrounded by neoclassical adornments inside his candlelit bedchamber. Similarly, Serra's gleefully controversial LIBERTÉ (2019) depicts a group of libertines' Sadean night of pansexual one-upmanship, in which increasingly dramatic acts of pain and pleasure unfold in counterpoint to luminous images of moonlit sylvan spaces.

PACIFICTION, Serra's most ambitious and perhaps most accomplished film to date, pushes these artistic sensibilities to new heights. The film, set on the French Polynesian island of Tahiti, follows the calculating De Roller (Benoît Magimel), whose supremely content status as the High Commissioner of the Republic and French government official is put into jeopardy after the rumored sighting of a submarine which might herald the return of French nuclear testing. 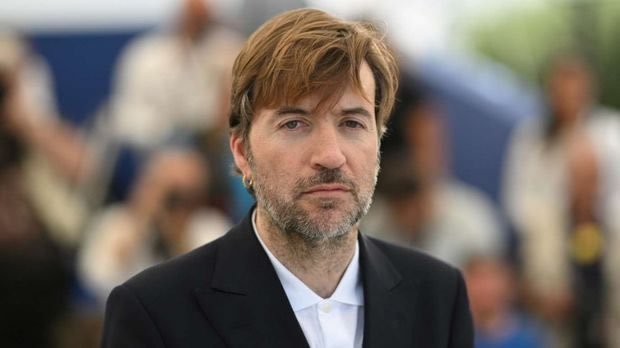