Development of Viewing Platforms of Audiovisual Works for Professionals

Developed by EGEDA, the VEO online environments are platforms for professionals for viewing audiovisual works via the Internet, allowing members of film academies and international juries to see online the works that are in competition for their respective awards.

The websites have restricted access in such a manner that only the members of the jury with a valid viewing access code can access them, thus providing high levels of security for viewing of works.

Use of this fee service offers major advantages both for the juries to be able to see the works wherever and wherever they wish and for the producers whose works are being presented for the awards. It gives producers significant cost savings by eliminating the need to distribute DVDs individually to all of the members of the juries while, at the same time, increasing security, as there is no risk of loss or theft of a physical copy of the works. 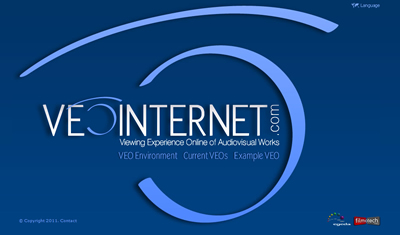 Platforms have also been developed for promotion and circulation of audiovisual works, such as www.veopromo.com, which enables audiovisual producers promoting their works to do so by offering them online to potential buyers or distributors, without time or geographic limitations, or www.veospain.com for viewing Spanish audiovisual works from anywhere in the world.

The 2020 Recent Spanish Cinema Series will take place Oct 22nd through Oct 29th and will screen contemporary Spanish Movies for California & Florida audiences. The series will take place both virtually and physically with opening and closing nights at the Drive-In in Los Angeles and Miami respectively