Building on eight successful editions, EGEDA US and The Olympia Theater, with the collaboration of ICAA and CCEMiami, present the 9th RECENT CINEMA FROM SPAIN, a showcase of the most outstanding contemporary Spanish films at the Olympia Theatre in Downtown Miami, from November 21 to November 24, 2019.

The annual series, a fixture on the cultural calendar in Miami, brings Spanish culture to South Florida, from art and music to food, fashion and more.

Over the course of four days, the film series showcases a variety of Spanish movies that range from comedies to award-winning dramas. Up-and-coming as well as established filmmakers and actors from Spain will join at the screenings, at Q&A’s after selected films and at the Opening Night red carpet gala.

Full program and guests will be announced shortly. Stay tuned! 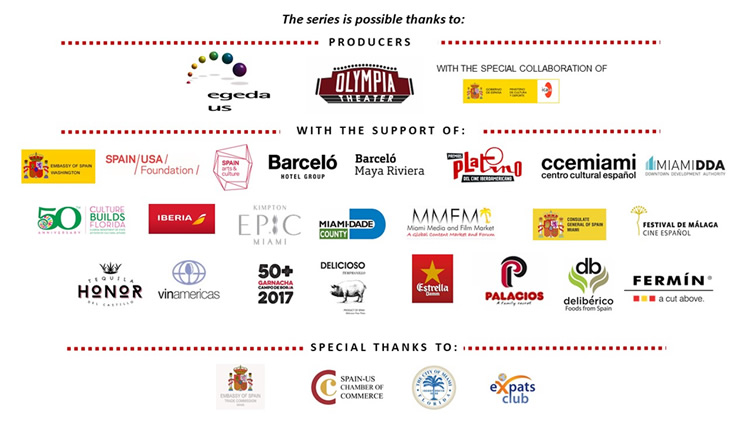