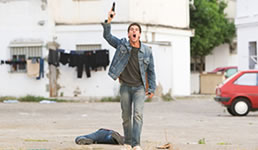 The drug problem in Seville is spiraling out of control as the city prepares to host the 1992 World Expo. With mounting pressure from the government to clean up the city, an overworked group of cops, Unit 7, starts to write their own rules. They sell dope for cash and information, padding their bank accounts and arrest records. Soon, they become local celebrities, poster boys for a new tough-on-crime era in Seville. But their brutal tactics draw press attention and the local drug lords plot their revenge. A dark and pulse-pounding neo-noir, this film asks if the end truly justifies the bloody means. Winner, Best New Actor, Best Supporting Actor, 2013 Goya Awards. 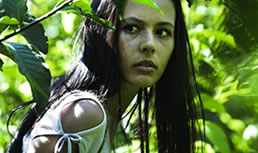 Crisanto (Luis Tosar, EVEN THE RAIN, CELL 211, SLEEP TIGHT) is a poor cocaine farmer, living with his family in the Guaviare jungle in Colombia, a region ruled by the FARC guerrillas. His life changes forever when the FARC demand he care for a sickly baby. Asking no questions, Crisanto brings him to the closest doctor, but the baby is unexpectedly taken away by social services. Two years later, the FARC demand the child's return, as he's at the center of an intense hostage negotiation between the presidents of Colombia and Venezuela. Now Cristano has just three days to locate the child or he and his family will be killed. In thisvérité infused thriller, ripped from the headlines, Tosar gives a magnificent performance as a man in over his head, struggling to do the right thing in a world filled with evil.