RECENT SPANISH CINEMA SERIES in LOS ANGELES produced and presented by The American Cinematheque, The Spanish Institute of Cinematography and Audiovisual Arts (ICAA), and EGEDA US celebrates its 25th ANNIVERSARY.

Over the course of 3 days, the film series showcases a variety of Spanish movies . 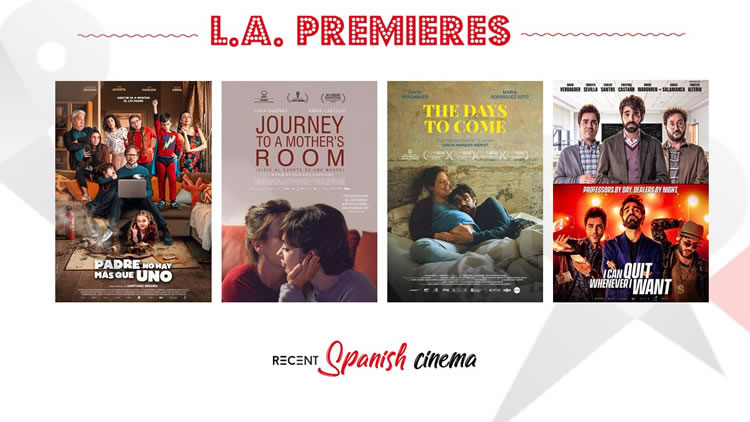 This year’s series opens with FATHER THERE IS ONLY ONE (PADRE NO HAY MÁS QUE UNO), Spain’s greatest box office success of 2019. The weekend of screenings will include critically acclaimed Spanish indies as well as blockbusters such as the recently awarded at Malaga Film Festival  THE DAYS TO COME (ELS DIES QUE VINDRAN),the directorial debut of Celia Rico  JOURNEY TO A MOTHER’S ROOM (VIAJE AL CUARTO DE UNA MADRE) starring Lola Dueñas and Anna Castillo and  I CAN QUIT WHENEVER I WANT (LO DEJO CUANDO QUIERA) a comedy with a Star studded cast including Ernesto Alterio who will be presenting the movie at The Spanish series.

This is the first line up of movies. Full program to be announced shortly. Stay tuned!