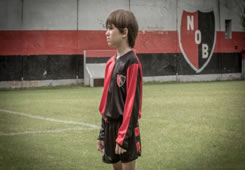 Messi is the name of perhaps the greatest player in the history of soccer. This endearing documentary/biopic hybrid captures the spirit of the unlikeliest superstar playing in any professional sport today.

Iglesias brilliant cinematic lens captures Messis awe-inspiring prowess of the sport. A true experience for any supporter of the beautiful game. 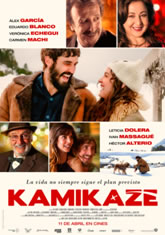 The sinister, handsome Slatan (Álex García), from a splinter, radical Russian ethnic group, boards a plane at the Moscow airport heading for Madrid, which contains an eclectic group of Spainards lead by the irrepressible Lola (the wonderful Carmen Machi). As a heavy snowstorm descends, the pilot cancels the flight and the passengers are shifted to a hotel for the night. The grumpy Slatan, who is hiding an explosive secret of his own, is uncommunicative and unfriendly to his fellow passengers. But as the jovial Spaniards  plus Argentine shoe-salesman Eugene (Eduardo Blanco)  make the best of their difficult circumstances, Slatan begins to find sticking to his mission increasingly stressful.  Jaie Laplante