EGEDA US as a proud supporter of AFI FEST announces:

A sane person may think that when confronted with a difficult situation that tests patience and values, she or he will act rationally. But, when push comes to shove, one may very well end up like the rabid, violent and hilariously crazed characters pushed to deranged savagery in Damián Szifrons delightfully subversive WILD TALES. This anthology of six sublimely absurd, out-of-control vignettes is thematically linked in its approach to social grievances. Each episode is more outrageous than the last, all steadily controlled by Szifrons expressive camera and effective pacing technique. A showcase for perfectly pitched performances and bleak humor derived from daily frustrations, WILD TALES builds to a crescendo of sheer madness from which no one escapes unscathed. 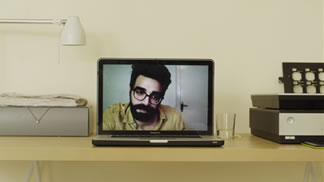 Alexandra and Sergi are in love. They live in Barcelona and have decided to have a baby. Opening with one long take that establishes their relationship, we observe the couples routines: They make love, eat a meal and discuss their life together. But then Alexandra is accepted for an artist residency in Los Angeles, one that may re-ignite her photography career. Understanding the opportunity, the couple put everything on hold for one year and continues their relationship at a distance of 10,000 kilometers. Conversing only through computer technology will test the durability and passion of their love in ways they never knew. Director Carlos Marques-Marcet displays a talent for elevating modern mechanisms of online communication into profoundly penetrating tools of cinema. Featuring indelible characters and a heartbreakingly believable relationship, 10,000 KM achieves an emotional resonance rarely portrayed with such raw authenticity.


You can RSVP for your complimentary tickets to the first screening of "10,000 KM" and "Wild Tales at assistant-us@egeda.com