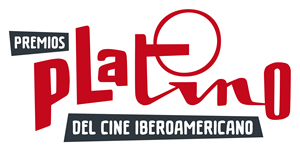 The tv superproduction, in which the leading figures in Iberoamerican film and music participated and performed, was preceded by a spectacular “red carpet” parade featuring artists and celebrities from the 22 participating countries.

On the night of April 5, in the Anayansi Theater in Panama City, the first PLATINO AWARDS gala was held, a huge event for the international promotion of the entire Iberoamerican film industry.

Present at the awards ceremony were recognized figures from the audiovisual industry, made up of directors, actors, producers and technicians, who together celebrated and paid homage to all the people who make Iberoamerican cinema possible.

The Brazilian actress Sonia Braga was one of the main stars of the night, receiving the first Platino Honor Award for her exceptional contribution to Iberoamerican cinema, presented by the president of EGEDA, Enrique Cerezo.

The Mexican actress Alessandra Rosaldo and the Colombian journalist and presenter Juan Carlos Arciniegas were the masters of ceremony for the gala, which was broadcast in Iberoamerica and the United States.

The winners of the Platino Awards are:

In this first edition, 701 films were entered. Of these, each participating country made a pre-selection of their candidates through their FIPCA representatives and national film academies. Subsequently, a jury of prominent industry professionals (see press kit) chose the nominees and winners.