Supporting Spanish Films on their way to the Oscars Pa negre

Spain’s key personalities from the world of art, culture and sports join in a video supporting Black Bread, the official selection from Spain as Best Foreign Language Film in the race for the Academy Awards.

More than 60 films from all over the world are compiting to become one of the five films to fight for the Best Foreign Language Film Award at the 84th Academy Awards, annually handed out by the Academy of Motion Picture Arts and Sciences of the US.

The first phase of the nomination process consists of the selection of a nine-film shortlist, which will be closed on Friday January 13th. Given the proximity of the date, many important figures have joined forces to support and encourage BLACK BREAD in this ultimate and deciding moment. 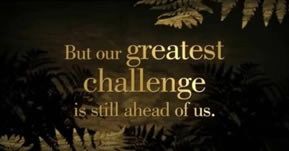 The video has been produced with the support of Catalan Films and Barcelona/Catalunya Film Commission, Massa d’Or and with the collaboration of Televisió de Catalunya and Televisión Española.

Bellow you will find the letter written by Nobel Prize Mario Vargas Llosa showing his most sincere support for BLACK BREAD’S candidature. 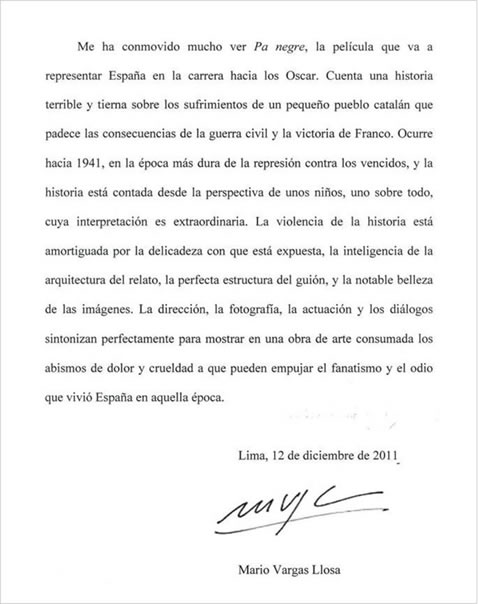